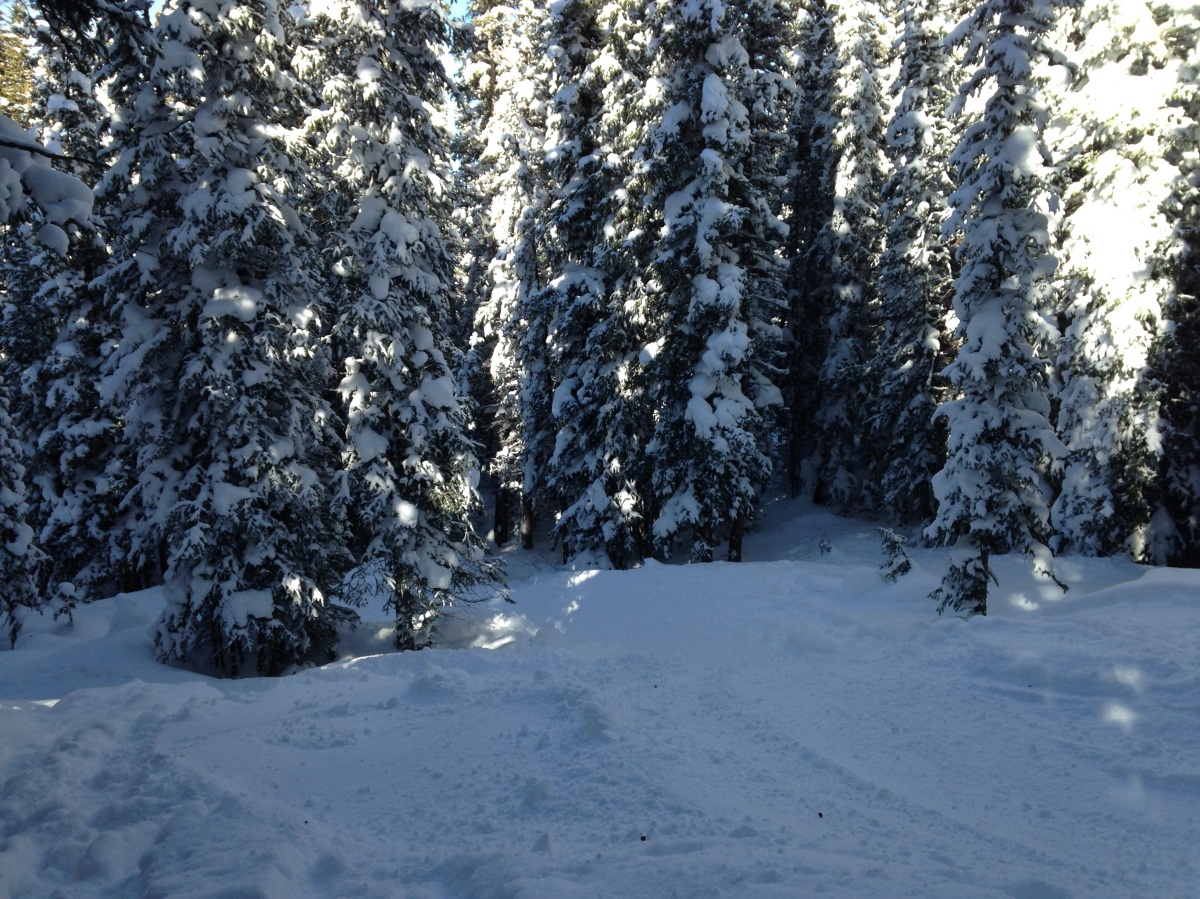 I grew up in Colorado, but I didn’t ski as a child. If I had to guess why, I’d blame money. Skiing is expensive. The gear is expensive, the lift tickets are expensive, and I grew up out on the plains – so the gas to get there was also expensive.

Around the time I was 15, I got it into my head that I was really going to like skiing. Pretty abruptly, I went from not skiing at all to skiing a few times a month. Nearly all my money went to gear, gas, and passes. I was in love. My group of friends rallied around skiing, going up together whenever we could.

After high school, I slowly fell out of touch with my old friends, but my love for skiing intensified. So I skied alone. By the time I was 21, I was skiing every week, at least. Some weeks I managed 2 or 3 days. I became a skier – not in the sense that I was a person who could ski, or happened to choose skiing over snowboarding, but that my sense of self was hopelessly intertwined with the mountains, the snow, the cold air, the speed, the exploration, and solitude. I defined myself as a skier, in the way a priest defines himself through his religion. I couldn’t imagine a life where skiing didn’t play a central role.

And then I grew up. I got married. I started a business. I became a dad. And I stopped skiing.

Becoming a dad represents a shift in priorities. We’re all out to be the best parents we can be. We love our children, and we want them to succeed, so we do the most obvious thing we know how to do: help. Get involved. Give attention. Protect.

Parenting becomes who we are: our greatest purpose, and the only ambition we see as truly worthwhile.

Something about this has always felt off to me. Before I had kids, I watched it happen to others: people sacrificing who they were completely to fill their new role as parents. It’s a goal too noble to question – a martyrdom of self in the name of the most sacred ideal of our generation: “the children”. No one dares question the lengths a parent goes to help their child succeed.

I love my kids, and I want them to succeed, of course – but what is the endgame? Does “success” mean “growing up with the sole purpose of giving my life to a child, just the way my parents have”? If I, through example, show that my life and happiness is secondary to my children’s, will I be satisfied when I watch them do the same with children of their own?

I believe that the strongest influence on my kids will be who I am. My actions represent what my children will understand “normal adulthood” to be. The things that are important to me are likely to seem important to them, even if they end up on a vastly different path.

So what are the things I want my kids to pick up? Of course, I want my kids to know that I love them, and that their happiness and success is central to my happiness. I want them to see how important family is, and how fulfilling it is to give your love, attention, time, and money to a child.

But that’s not everything I want them to learn from my actions.

And if I’m totally honest with myself, I want my kids to be raised by a dad they could find interesting.

Specifically where I end up on that spectrum isn’t important. What is important is that it’s a conscious decision rather than one defaulted to because it felt the safest or the most socially acceptable.

I’m going to try to make a point of skiing a little more this winter. Not a lot — maybe a few days a month. We’ll ski as a family some of those days, and that will be great — but dad will have a few days on the mountain to himself as well.

I think we’ll all be better for it.